Sexual assault allegations can badly taint your military career. If you are facing military sexual assault charges in a court-martial, do not make the mistake of believing your innocence will automatically set you free. Facts can be manipulated, and witnesses can lie, and you could lose your reputation, rank, money and time without seeing it coming.

With the help of a military sexual assault defense attorney, you have a high chance of proving your innocence and maintaining your reputation.

The military counsel assigned to represent you in a court-martial is not obliged to conduct independent investigations. They are not provided funds for it either and will solely rely on the prosecutors’ findings for facts about your case. Civilian attorneys will almost always scrutinize the allegations separately as this offers them the chance to identify vulnerabilities and use them to build a strong case.

Civilian attorneys specialized in military sexual assault cases have experience in the area and are clued up on the kind of arguments to expect from the prosecutors. Military counsel chosen for you may have strong credentials, but they may not be as familiar with the type of case in question as civilian sexual assault attorneys.

The zeal to prove your innocence

The attorney provided to you by the court-martial is part of the military, and this might affect their ability to work without bias. Well, more often than not, you’re going to work with an honest attorney, but you can’t afford to take the risk with so much at stake. By entrusting a civilian attorney to represent you in your sexual assault case, you’re warding off any incompetence or biased against you. They will be free to blame senior military personnel and tell facts without fear as they are not restricted by the military bureaucracy.

Opportunity to build a defense team

Anyone facing charges in the court-martial is entitled to receive military defense counsel without having to pay for the services. If you decide to get an independent attorney, which is also allowed, you don’t necessarily have to drop the military defense counsel. You can have the two build a legal team while only paying for the services of one. The knowledge and experience of both lawyers may prove instrumental in winning the case or having the charges reduced.

Support during the investigative stage

The court-martial does not provide you with military counsel until the investigations are over. This means that you can only defend yourself once the charges have been pressed. Luckily, civilian attorneys are not restricted from conducting their own investigations and getting involved as soon as you wish. Prompt investigations ensure your case is built strongly and sorted out in time, and also that your attorney gets access to the same facts and materials as the prosecutors.

You are not an experiment. Entrusting your whole career and reputation on a legal representative whose qualification and record you cannot verify is a risk no one should take. Get yourself a civilian military sexual assault defense attorney with a good trial history, one you can vet before hiring, and one who is not subject to the military chain of command. 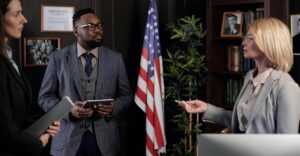