Breaking News
Amazon FBA Cost Calculator: The Ultimate Guide to Selling on Amazon
Excellent Smart Home Cleaning Technologies
How To Implement Ecommerce SEO In Your E-Commerce Website?
How To Pay Vat Online In The UK
30 Jan, 2023
Skip to content

Economic hardship is a common and debilitating issues across America right now. With the changing political climate, a trade war well underway, and the clear shift toward technology industries over industrial and agricultural work, places like Kansas have found themselves at a crossroads.

While fluctuations in the economy are a normal trend, this still can have a significant impact on citizens who are struggling to pay bills or find work. Unfortunately for Kansas, this is the predicament they have found themselves in, but there is hope for the state and its residents.

Economic issues have been plaguing the state of Kansas in recent years. According to Kansas State Governor Sam Brownback, Kansas is in the midst of a rural recession due to low agriculture, gas, and oil prices. In addition to the states suffering economic output, the unemployment rate is also causing worry for lawmakers. In fact, Gov. Brownback’s re-election campaign promised job growth of 25,000 per year, and yet employment only grew by just over 8,000 from 2015 to 2017.

These economic factors have caused a deficit in the local budget which lawmakers have struggled to balance. In fact, the budget was so unbalanced that it led to local government officials voting in favor of a six-year tax increase statewide, a wildly unpopular move by any governing party, in any economic climate. This increase was imposed in the hope that it will be able to cover the deficit over the six-years that it takes place, but the tax increase alone won’t be enough. Other measures have been taken in order to get the economy moving in the right direction.

Getting the Economy Back on Track

Kansas State has a plan in place that it believes will level out the economy, turning it in the direction of stability and hopefully even growth. The plan has been a long-term effort, starting with tax-cuts which were instated in 2012 in the hope of stimulating the economy by increasing lending from financial institutions and consumer spending.

Next, in 2017 the local government passed legislation which allowed for an increase in interest rates on money the government borrows from the Fed- a term used to refer to the US Federal Reserve, which is a regulatory party for Federal Funds- a move that they hope will help balance out deficits in the State budget. Additionally, Kansas City has planned major projects planned which are bringing money back to the state in the form of construction, many of which are apartment complexes and will also bring money into the state by way of cost of living.Finally, the state has said that it has added up to 22,000 jobs in 2018, of which there was a noted increase in self-employment.

How Self-Employment Helps the Economy

Self-Employment is a major bonus to any city or state economy, because it adds jobs and increases Gross Domestic Product, which is a measure of Goods and Services produced by the state and is a major factor economist look at when calculating economic health. Self-employment ranges from freelance work, gig work, or even entrepreneurship.

Entrepreneurship has an added bonus as well, because businesses will often employ multiple workers, creating job opportunity within the State. Starting businesses has a huge and positive impact on economies, however, starting a business in a shaky economy is difficult and risky.  In fact, cash flow was listed as the number one struggle of aspiring entrepreneurs, and when the economy is down, interest rates increase, and lending goes down. Some find taking out hard money loans in Kansas City can be a simple way to obtain capital in a harsh economic environment. Still, starting a business is hard work, and not every resident will want to take that on.

For those who want to be self-employed with limited financial risk, providing freelance services or gig work allows them to create employment opportunity for themselves, a hot commodity in areas that are struggling with job growth.

The Struggle of Trade Workers

The large rural population in states such as Kansas makes economic growth even more tricky, as workers in rural areas tend to favor trades more than in urban areas, lowering the ability of those workers to find work outside of their trade. Another issue that trade workers face is, again, technology. With the increase in automation, more trade workers are finding that their jobs are being performed by machines.

Add to that the increase in outsourcing work to other countries for lower labor overhead for companies, and the rural work force has found itself in a tough spot. Some economists have recommended affordable education opportunities to be made more available throughout the US to lower unemployment rates and increase innovation.

Many economists agree that education is a great investment in the future of the economy. Human Capital, a term used to describe the knowledge and skill of workers, is valuable. Having a trained and capable workforce stimulates increase in Gross Domestic Product, which in turn stimulates the economy. An employer who pays $1000 to train an employee may then, in turn, receive 10x that investment in goods and services. However, most economists agree that the major benefit of Human Capital is innovation.

An innovative workforce will be able to conceptualize and realize more profitable ways to produce goods, in turn saving money for employers and business owners, and putting money back into the economy. This also gives employers a competitive advantage over other producers, and when a state does this, the entire country will reap the benefits.

While its common and understood that the economy will fluctuate, it is equally important to have a plan in place to turn an economic downswing around. Fortunately for residents of Kansas City, the local government has exactly that. With measures in place to help stimulate economic growth and increase jobs, the prospects for Kansas are looking brighter all the time. 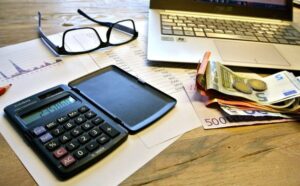 All You Want To Know About Estate Agents Hornchurch

The Worst Case Scenario in a Negative Cash Flow